Sign up for an appointments
or a FREE consultation

Parkinson’s disease starts in your gut.

If you think that Parkinson’s is just a neurological disease, you are wrong. Patients with Parkinson’s disease can manifest in different ways. Some people have tremors, while others have stiffness in the limbs, head, and facial muscles. While others have difficulty swallowing or choking or have trouble speaking. Some people have problems with balance. It is as if we are talking about several different disorders rather than one disease.

And it seems that even traditional medicine concludes that Parkinson’s disease also has no unambiguous definition. The new Danish study is turning what we know about the brain and Parkinson’s disease upside down. A new study has shown that Parkinson’s disease is progressive and incurable, but this could be because they are actually two diseases, and the one-size-fits-all approach does not work. The disease is traditionally considered a brain disorder, but it can equally occur in the intestines. One of the latest discoveries shows that Parkinson’s disease can start in both the gut and the brain. Our intestines are like our “second brain.” In our gut-brain axis, there are over hundreds of millions of nerve cells lining our gastrointestinal tract from top to bottom, which control digestion, immunity, hormones, and even our mood. When Parkinson’s disease starts in our brain, it is usually associated with sleep disturbance. Dopamine absorption is also reduced in our brains. Ultimately, this is accompanied by damage to other nervous systems such as the heart and intestines. Danish researchers have discovered two types of Parkinson’s disease. They call the first type of disease, “brain-first.” Another kind of disease they call “body-first” Parkinson’s disease. In the body-first case, damage begins in the intestinal wall’s neurons before any damage manifests itself in our brain. The disease then spreads to our heart, circulatory system, and ultimately to the brain. This is supported by the observation of gastrointestinal symptoms, including constipation, increased salivation, and problems with swallowing, as well as changes in intestinal bacteria and increased intestinal permeability-leaky gut syndrome. These symptoms are found in patients several years before the onset of classic Parkinson’s symptoms.

It is now well known that the microbiological picture of patients with Parkinson’s disease differs from that of healthy patients. This means that in Parkinson’s disease, the normal gut bacteria are altered by some bacteria (firms, clostridia). At the same time, there are no other beneficial strains.

The theory is that leaky gut, small intestinal bacterial overgrowth (SIBO), and dysbiosis (a small number of beneficial gut bacteria) trigger an immune response. This process activates the release of several inflammatory messengers. These precursors of inflammation enter our brains and cause damage. The vagus nerve is the longest and most complex of the cranial nerves and is believed to be a highway for disease progression. This “body-first” Parkinson’s disease raises the question of whether influencing our gut bacteria can prevent, slow down, or even reverse Parkinson’s disease. Knowing this can open up new avenues for treatment, for example, by restoring beneficial bacteria in the gut.

Studies have shown that constipation often begins before movement symptoms appear. In one study, researchers found that having a bowel movement less frequently than once a day indicated a four times higher risk of developing Parkinson’s disease. Constipation is not an ideal environment for beneficial bacteria to survive.

In a Biotherapy clinic, we can help restore the beneficial bacteria in the gut better than anyone esle. Forget yogurt or take or low-quality probiotics. This may help their manufacturers, but not you. The situation is much more complicated than advice from the Internet. Ask any gardener looking to grow a beautiful garden how to do it? A true professional will not plant roses in muddy soil full of insects, weeds, debris, and harmful chemicals. This is pointless work.

To grow an abundance of beneficial bacteria in our garden, we need:

Can we do it with yogurt? It is highly doubtful.

Biotherapy Anti Candida Whole Body Cleansing program can help in all of the above aspects. Many of our clients report improved digestion, elimination and mood, fewer colds, increased energy, and more. In keeping with the new perspective on the development and progression of Parkinson’s disease, it would be very beneficial to focus on friendly gut bacteria, especially at the onset of the disease.

During the COVID-19 pandemic, having adequate immunity is vital. Considering that 70% of immunity relies on beneficial intestinal bacteria, restoring good gut bacteria and reducing Candida-yeast does make sense. It is crucial for people with Parkinson’s because they usually suffer from dysbiosis when Candida-yeast and other harmful bacteria invade the digestive tract.

An increasing number of people with Parkinson’s disease (PD) are interested in improving both their motor and non-motor symptoms with non-drug therapies. Over the past decades, many scientific studies have confirmed the positive effects of acupuncture on gait, tremors, mood, sleep, depression, fatigue, and pain in people with PD. A recent randomized controlled trial of electroacupuncture in Parkinson’s disease demonstrated improved gait in those receiving acupuncture, as measured by body-worn sensors.

Acupuncture is known to normalize brain chemistry, leading to the release of endorphins or brain chemicals that can induce well-being feelings. Other theories state that acupuncture can improve microcirculation in the brain, reduce inflammation in the body, or increase nerve regeneration.

85% of patients reported subjective improvement in individual symptoms, including tremors, walking, handwriting, sluggishness, pain, sleep, depression, and anxiety. There were no side effects. Acupuncture is safe and well-tolerated by patients with PD.

At the Biotherapy Clinic, we have been using various acupuncture treatments for many neurological diseases for a long time. In addition to traditional Chinese medicine, we apply Japanese scalp therapy, Russian earlobe, Korean Su-Jok, electropuncture, and much more to our patients.

Due to rigidity, many patients with Parkinson’s disease suffer from the displacement of the upper cervical vertebrae. We use a very gentle manual technique and massage to restore proper neck movement, which can improve brain microcirculation.

We also use a healing method for therapeutic and rehabilitation purposes, which is not often used in other offices. Several medical studies have found a therapeutic effect of whole-body vibration on mobility and balance in Parkinson’s disease. For people who are less likely to engage in more intense workouts, the whole-body vibration platform has been shown to improve gait, balance and reduce stiffness. It also contributes to general relaxation and overall comfort. According to the medical literature, it is also beneficial for patients with various medical conditions such as cerebral palsy, multiple sclerosis, and stroke.

All of the non-drug methods mentioned above can be safely combined with traditional pharmaceutical treatments or use alone.

In addition to restoring beneficial gut flora, detoxifying heavy metals, and acupuncture, nutrition should also be considered. We do not yet know the exact reasons for the development of PD. One of these can be whole-body acidity that is called metabolic acidosis. This hypothesis was published in the proceedings of the 16th International Congress on Parkinson’s Disease and Movement Disorders. Scientists mention that metabolic syndrome can be a risk factor for Parkinson’s disease, as well as preventive measures that reduce the incidence of Parkinson’s disease by regulating oxidative stress.

Whole-body acidity occurs in many disorders and diseases, such as metabolic syndrome, diabetes, gout, kidney stones, gallstones, chronic pancreatitis, and various digestive problems. It is so common these days that some researchers call metabolic acidosis the disease of civilization. A healthy alkaline diet, drinking Karlovy Vary healing mineral water, and taking Biotherapy Cellular Magnesium-Potassium can normalize acid-base balance with many beneficial effects, including PD. By the way, magnesium is an anti-stress, anti-tremor mineral and can protect the brain. Low levels of this mineral have been reported in the motor areas of the brain of patients with Parkinson’s disease. For instance, it is common for patients with Parkinson’s disease to have low vitamin D levels.

Nutritional support is also vital. The body cannot heal without the necessary ingredients for growth, recovery, and repair. The Biotherapy Clinic has many scientific and clinically proven nutritional supplements and herbs to help people with Parkinson’s disease. This can significantly improve the quality of life. We can help.

To obtain the benefits of the Biotherapy Clinic for Parkinson’s Disease, one can select the following options:

WANT TO
SAVE
UP TO 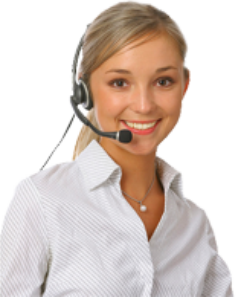 If you to want to improve the quality of your life without drugs, call: